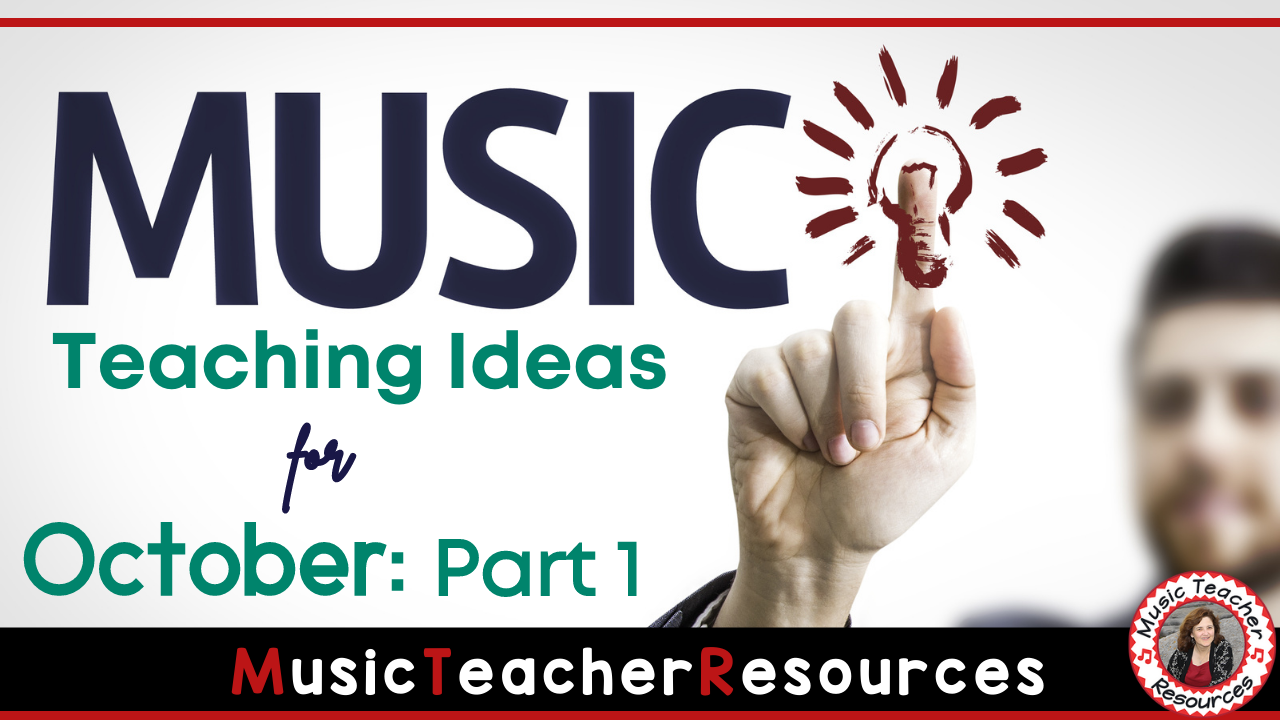 Support the teaching and learning in your music classroom with resources designed to engage your students.

The best music teaching resources are linked to real-life people and events to grasp information quickly. Many music teachers have found such resources on MusicTeacherResources (MTR).

These resources can be used in the classroom or remotely.

Read on to see how MTR links learning materials with real-life people and events. 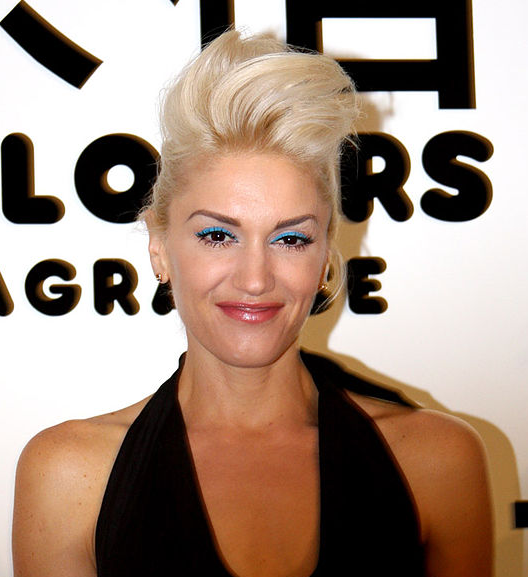 Gwen Stefani is an American singer and songwriter who came to fame in the 1990s as the lead singer for the band No Doubt before starting a solo pop career in 2004.

"Hollaback Girl", one of the singles in her debut studio album, became the first US download to sell one million copies.

Learn more about Stefani and her music with these MTR resources: 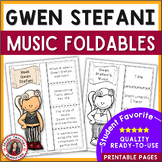 Born in 1908, Zenobia Powell Perry was an American pianist, composer and teacher. She took violin and piano lessons as a child and won a piano competition in 1919.

Zenobia Powell Perry began composing when she was in her forties. She wrote music for piano, chamber ensembles, orchestral works and symphonic wind ensembles and an opera. Perry's music can be described as classical with some jazz and folk influence.

Learn more about Perry and her music with these MTR resources: 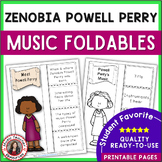 World Animal Day was established in 1925. It is observed every October 4. This date was chosen because it is also the feast day of St. Francis of Assissi, the patron saint of animals.

The purpose of World Animal Day is to raise animals' status and improve the welfare of animals across the globe.

Most children are animal lovers, so grab this opportunity to incorporate their interests with learning!

Use this day to engage your students in discussing animals and animal welfare while reviewing music concepts with Animal themed Color by Music activities. 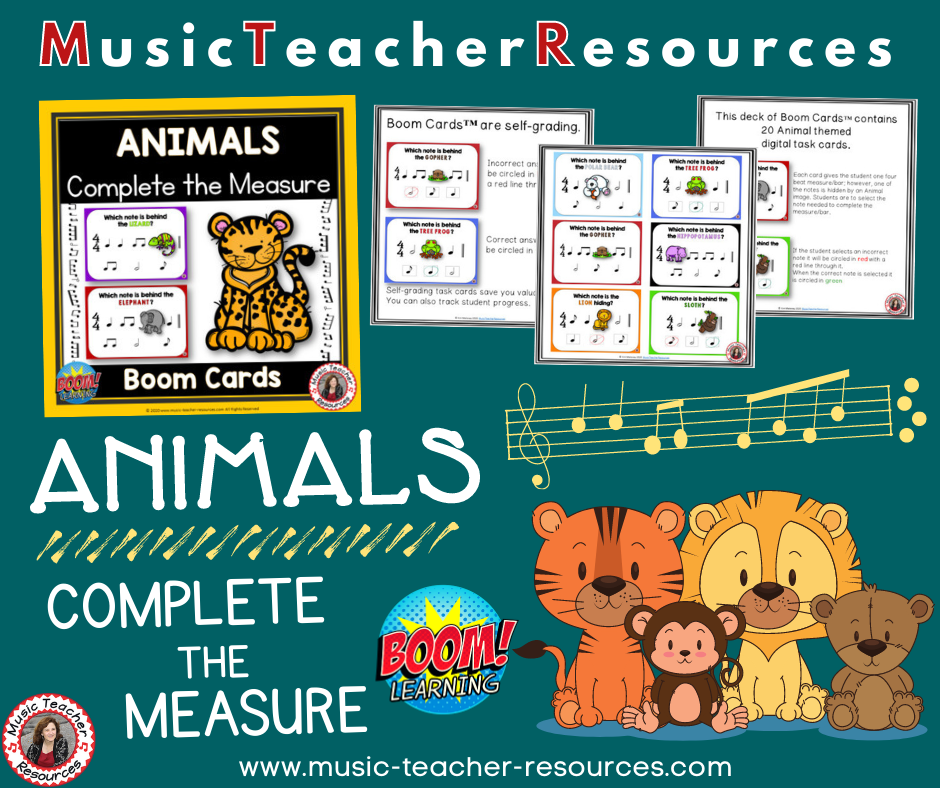 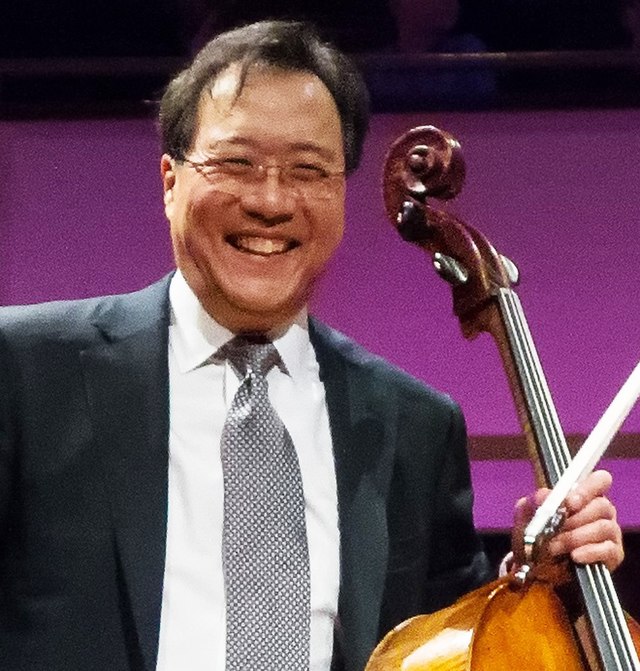 Yo-Yo Ma is an American cellist. Born in Paris to Chinese parents and educated in New York City, he was a child prodigy, performing from four and a half years old.

He graduated from the Juilliard School and Harvard University, attended Columbia University, and has performed as a soloist with orchestras worldwide.

He has recorded more than 90 albums and received 19 Grammy Awards.

Get know more about Yo-Yo Ma with this resource: 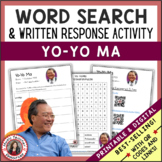 Born in Honolulu in 1985, Peter Gene Hernandez, known by his stage name Bruno Mars, is an American singer-songwriter, record producer, and dancer. Besides being a very talented singer, Bruno plays piano, drums, bass, and guitar!

As a child, he was influenced by the music of Elvis Presley and Michael Jackson.

After Bruno finished high school in Hawaii, he moved to Los Angeles to pursue his career in the music industry.

Bruno has earned numerous awards and honours throughout his career, including eleven Grammy Awards!

Mars has sold over 130 million records worldwide, making him one of the best-selling music artists of all time.

Learn more about Mars and his music with these MTR resources: 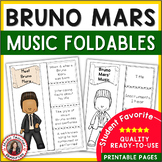 Camille Saint-Saens was a French composer, pianist, and organist. He was one of the greatest composers of his day.

Camille began piano lessons with his great-aunt Charlotte at the age of two. He was a child prodigy, composing his first piano piece soon after his third birthday.

Camille Saint-Saens's most famous work is the Carnival of the Animals. Today it remains one of the most popular pieces for children.

Given World Animal Day is 4 October, it's the perfect month to combine a unit of study featuring Saint-Saens and The Carnival of the Animals.

Here's an excellent 26-page download created by the  It's filled with information and lesson ideas. Carnival of the Animals PDF download.

Learn more about Saint-Saëns and his music with these MTR resources: 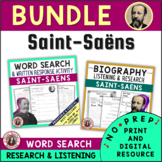 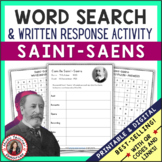 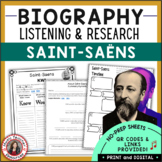 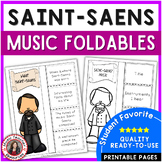 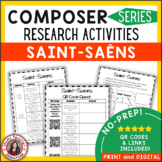 John Winston Ono Lennon was an English singer, songwriter, and artist who rose to worldwide fame as the founder of The Beatles' rock band.

Besides his outstanding songwriting abilities, John Lennon played the guitar and later learned to play the piano.

As half of the legendary Lennon-McCartney songwriting team, he heavily influenced the development of rock music.

After The Beatles split in 1970, Lennon began a solo career and became involved in the world peace campaign. In 1971 he released his album Imagine, which reached number one on music charts worldwide.

His career was cut short in 1980 when he was shot dead by a fan. There is now a garden in Central Park in Lennon's memory called "Strawberry Fields", after one of Lennon's most popular songs.

Lennon's music (with and after his Beatles years) still inspires people worldwide.

A well-known song covered by Lennon was 'Stand By Me.'

Listen to the John Lennon and Ben E. King version of 'Stand By Me.

Grab this free Compare and Contrast Listening sheet for students to complete as they listen. The links to the two versions are on the listening sheet! 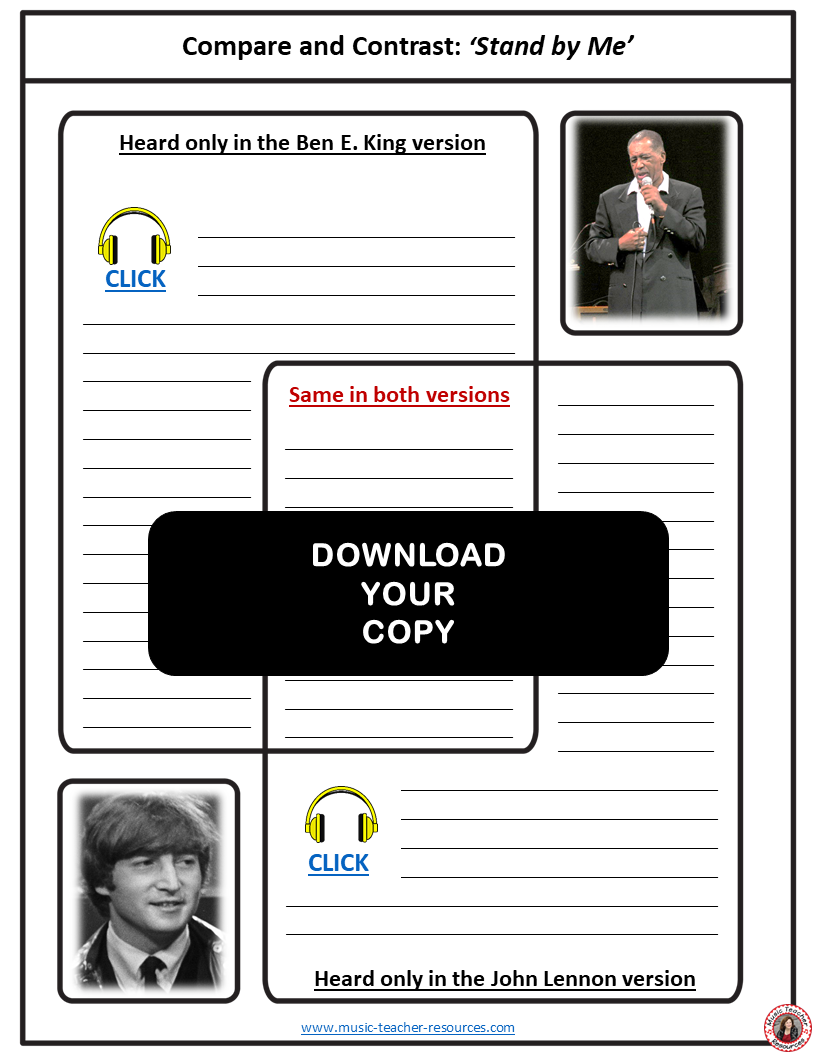 Learn more about Lennon and his music with these MTR resources: 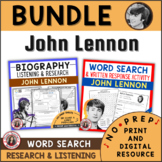 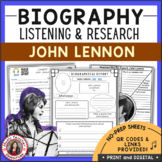 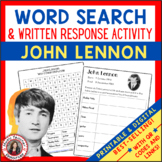 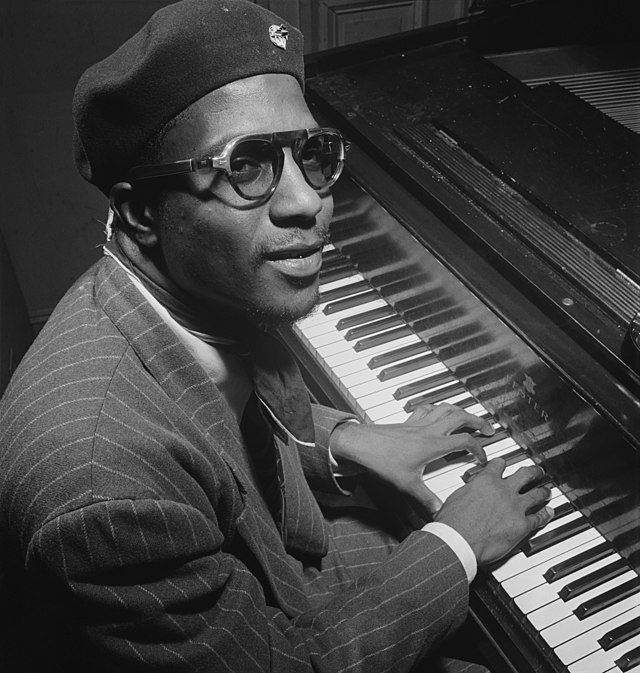 At age six, he began playing the piano by accompanying his mother's gospel singing and became a highly regarded jazz pianist and composer.

As a child, Monk was influenced by blues, hymns, swing, boogie and the "stride" piano style derived from ragtime.

Monk composed dozens of enduring songs and was known for his unique improvisational style.

Monk is often regarded as a founder of Bebop, but he moved away from this style as his playing evolved.

Monk is the second-most-recorded jazz composer and one of five jazz musicians featured on the cover of Time magazine.

Learn more about Monk and his music with these MTR resources: 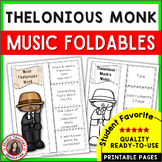 Arthur "Art" Blakey was an American jazz drummer and bandleader.

Art taught himself to play the drums and became one of the inventors of the modern bebop drumming style.

The sounds of his cymbals and drums were unique, and he played them with rare sensitivity. Many of the young musicians he trained in his bands became significant jazz figures.

Learn more about Blakey and his music with these MTR resources: 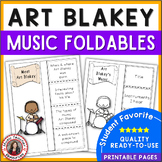 This day pays tribute to the men, women, and families who put food in the grocery stores and on our tables daily. Deepen your students' appreciation of the farmers while making learning fun with this MTR resource: 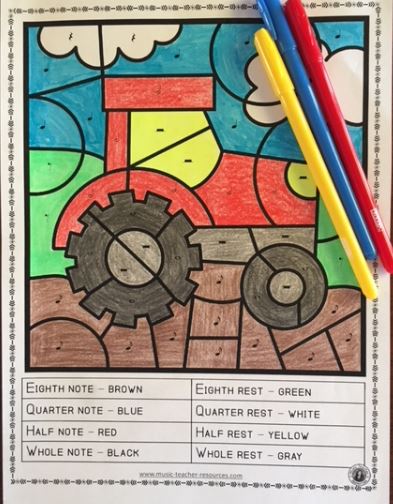 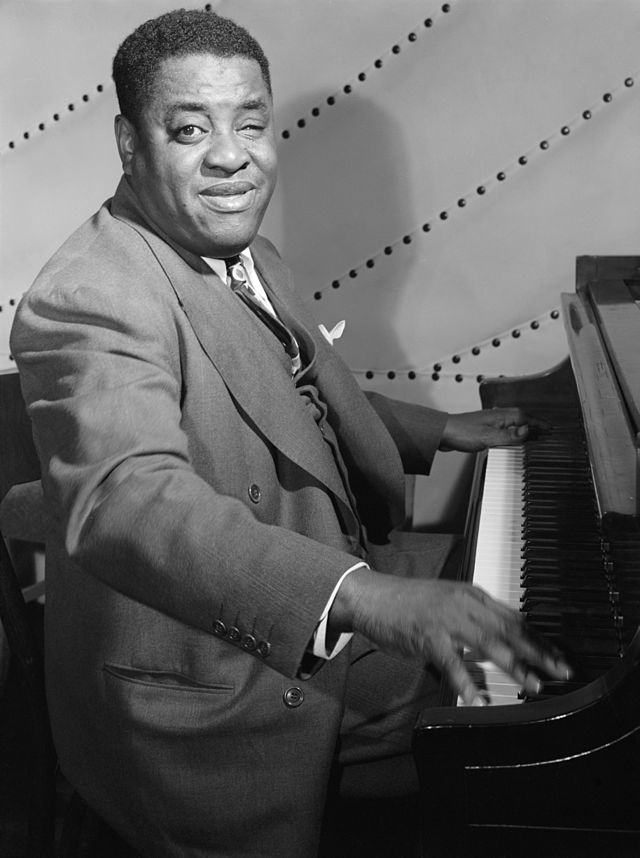 Art Tatum was an American jazz pianist and considered one of the greatest technical virtuosos in the field. Many pianists attempted to copy him; others questioned their skills after encountering him, and some even switched instruments in response.

Tatum established new ground in jazz through the innovative use of reharmonization, voicing, and bitonality.

Learn more about Tatum and his music with these MTR resources: 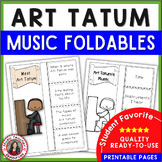 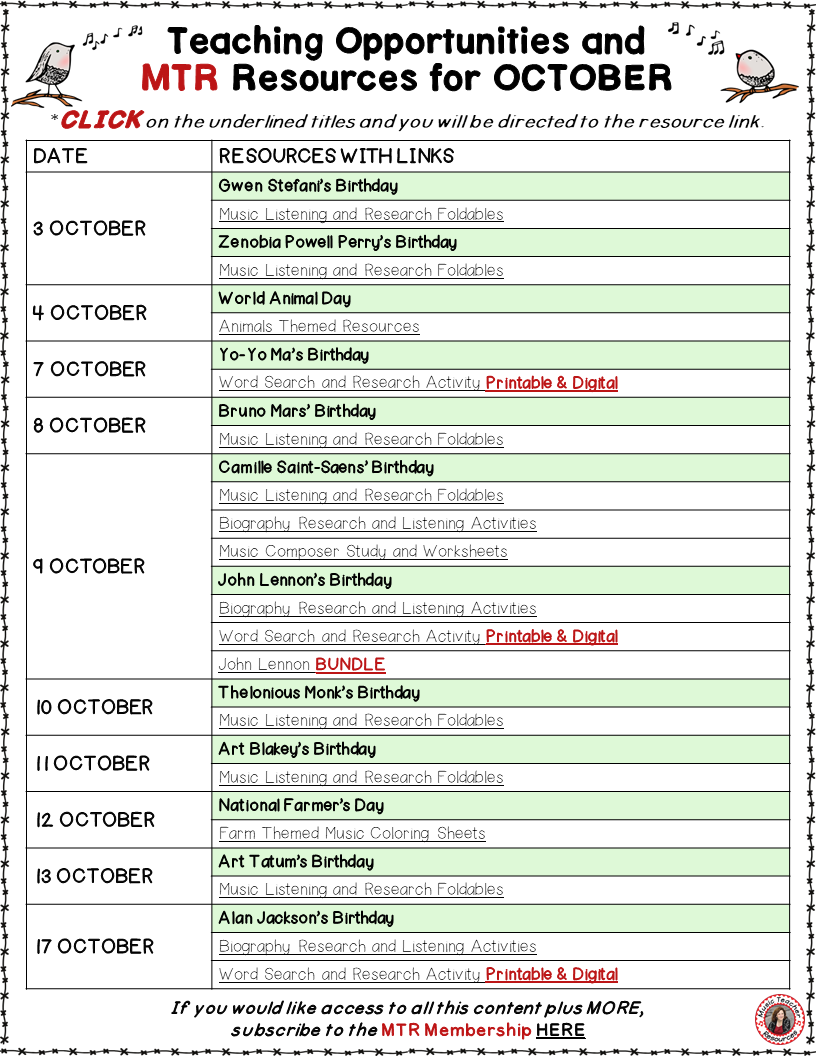 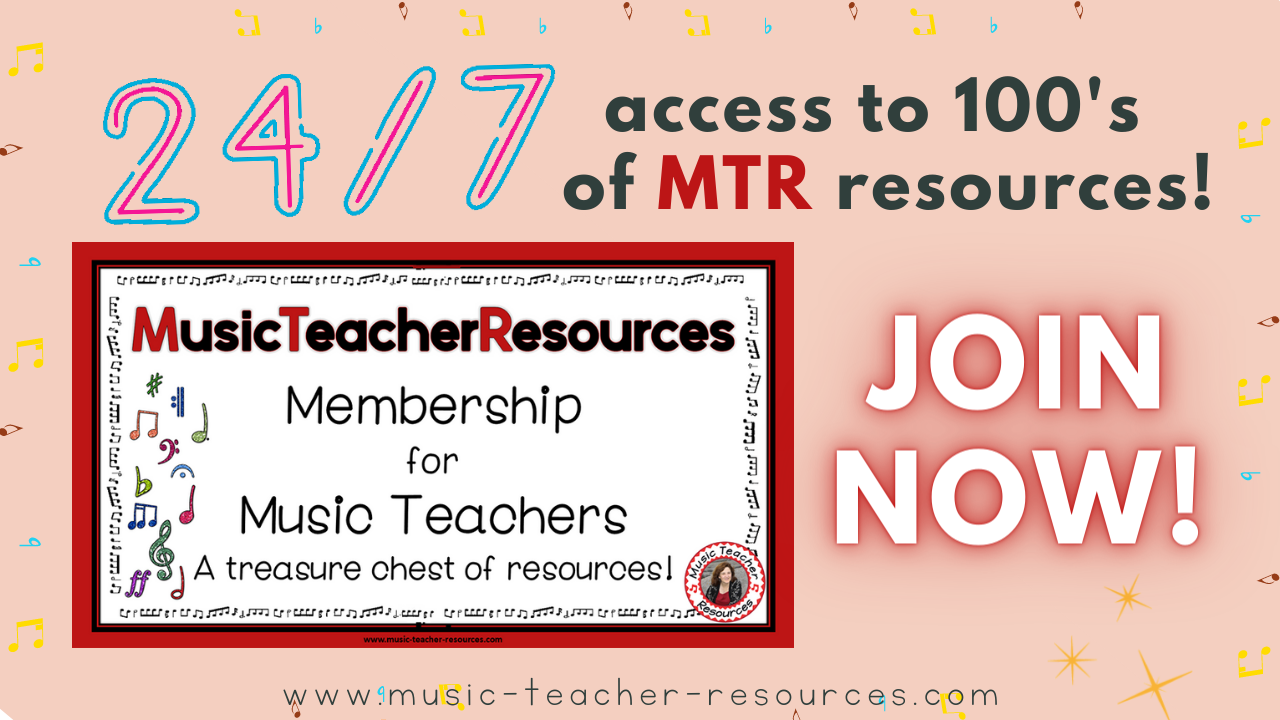